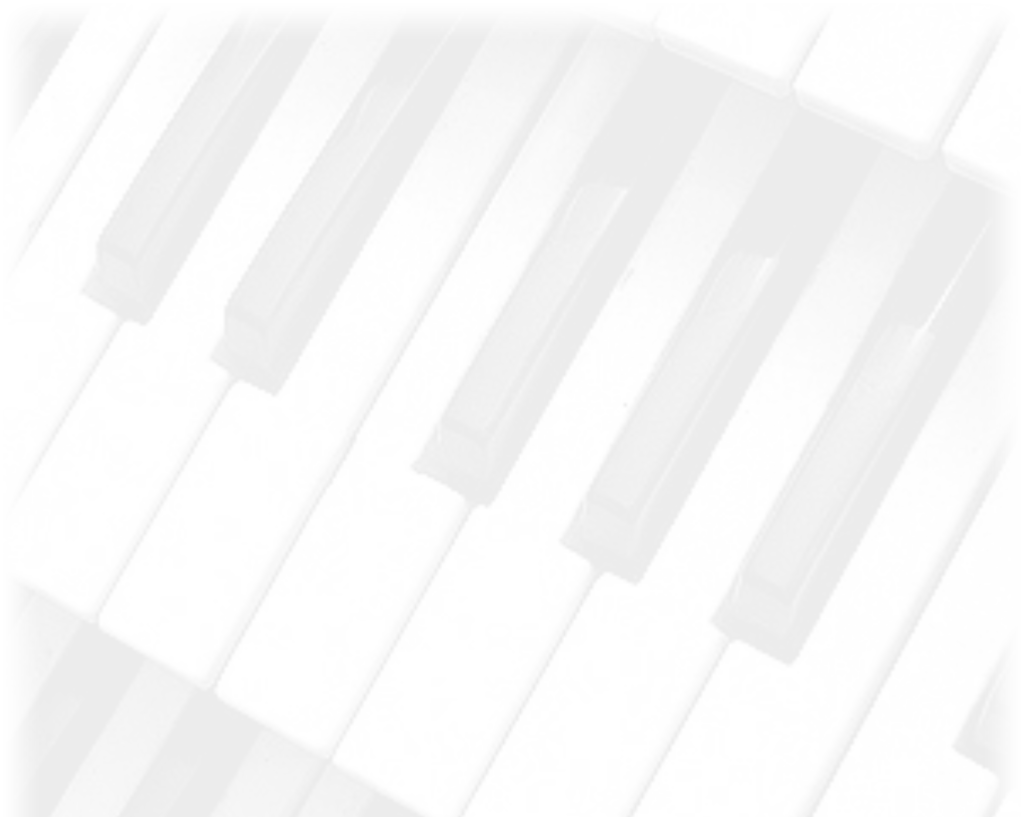 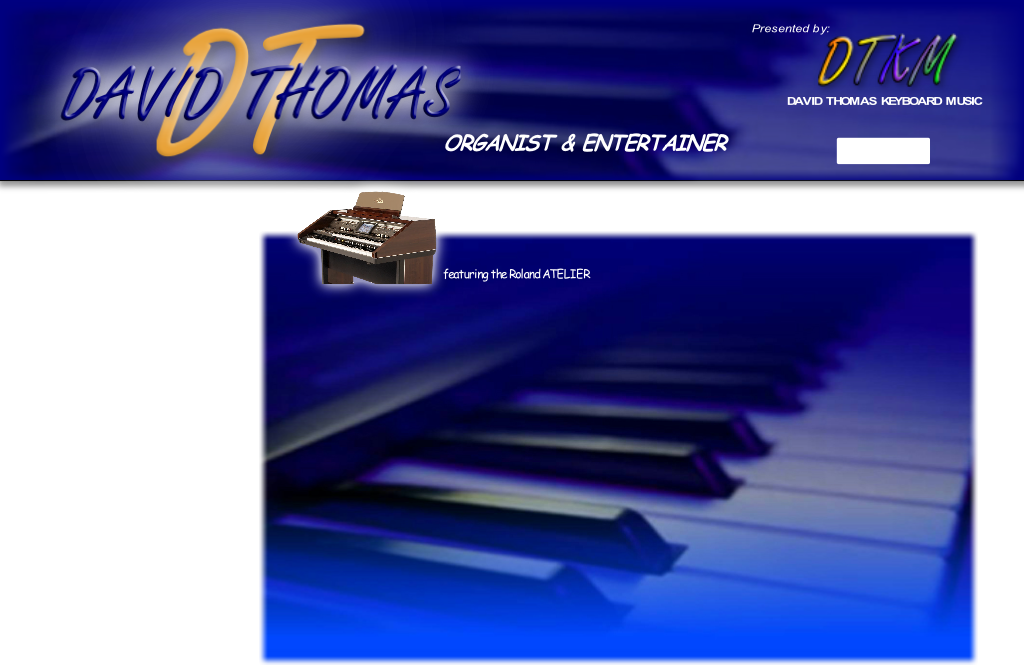 Born 1963 Hornchurch, Essex, David Thomas first became seriously interested in music whilst at Secondary School when he took up the Trombone. Until that time his only musical confrontation had been with the Descant Recorder earlier when attending Primary School. 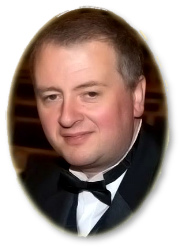 The Trombone led him to play in School Orchestras, a Dance Band and later the local Youth Orchestra which all went side by side with taking both practical and theory of music examinations. However, when alone David found practicing the Trombone a very un-fulfilling task, so often rehearsing just harmony parts. It was around this time in the late 70's he discovered an old "Trench", fold-away Harmonium tucked away in his Grandparent's house and after experimentation he decided he would like to try his hand at something a little more up to date.

Some years have passed since David first laid his hands on that keyboard and he is certainly glad that he made the change from "Blowing" to "Tickling"! In those years he has appeared along with many of Britain's Top Organists and at many prestigious venues, played on Radio, and been the subject of Personality Profiles in Home Keyboard Review and other magazines. During the 80's he was voted Second in Organ Player magazine's readers poll as "Most Promising Up And Coming Organist."

1982 saw the first meeting of the East London & Essex Organ Society and David was delighted to be helpful in get the society of the ground. To this day he enjoys an association with the Society and is proud to have been asked to become their Honorary President.

In "87" David started a new chapter in his life when he and his wife Teresa bought an 18th Century cottage in Norfolk which after renovation in his spare time is now, although not finished, their home. The property includes an outbuilding which he has transformed into a small office/studio for the production of his own recordings.

All in all the late 80's were very busy for David, rushing around the countryside playing at many venues, whilst managing the keyboard department of a London music shop, working on his home, and in 1988 also becoming the resident Organist for The London Borough of Barking at its Broadway Theatre where he began providing the pure "Dance Music" (Ballroom, Latin, Disco, Sequence and Old Time) for monthly Tea Dances. Since that time David finds his services in demand for this popular pastime up and down the Country.

At the end of 1990 David broke his five day a week tie in the retail business and became a full-time professional musician, enabling him to travel further, performing his middle of the road/easy listening music at many more Organ Societies, Private Functions, Dances and Concerts. Since then he has been busier than ever including appearing at Organ/Keyboard Festivals where he is proud to have been "On the Bill" and worked with many of the Top Names in the Organ World.

In the summer of 1994 David was asked to become one of the freelance Artiste/Demonstrators for the well-known Japanese company ROLAND as they launched their new range of "Atelier" (French for Workshop) Home Organs. He was very proud to be in on the ground floor of the launch of that exciting new product and delighted to have been associated with the Atelier Range since then. David has been involved in the initiation of Roland's now well known VIP visits and spends a great deal of time helping new and existing owners get the best from their instruments. 2008 saw him start regular monthly meetings of the ATELIER Users Group at one UK dealership where members get chance to pick is brains and working knowledge of these wonderful instruments. This has now grown with the addition of a second meeting each month and the A.U.G. " Club On A Stick" USB Atelier Library. Further details can be found at www.atelierusersgroup.co.uk and David is to take this over completely in 2010 when he hopes to take nationally.

Over the years he has been honoured to have been one of the panel of judges on a number of occasions and noteably for the American Theatre Organ Society's Young Theatre Organist of the Year Competitions. This prestigious event is held each year at the Woking Leisure Centre where the contestants compete on the society's 16 Rank Wurlitzer

October 2004 saw yet another musical side to David's career emerge in a new venture for DTKM (David Thomas Keyboard Music). This took the form of a step outside the "Organ & Keyboard World" in which David is well known. The idea was to test the water and put on a concert with two good friends Tanya Lee and Colin Wyatt in a small Theatre and aimed at the general Public. David's Roland ATELIER became both a solo and accompaniment instrument for a delightful evening of music. The night saw a wonderful variety and mix of "Middle of The Road" material featuring the vocal talents of Tanya and Colin with instrumentals from David. This first show was such a success that the three decided to form a team. Late 2005 the three were joined by yet another voice in that belonging to Sally Darby, and so it was the three became four and adopted the name of In Harmony.

The name and term In Harmony describes their shows perfectly. Together, the choice and mix of well known material, the voices which compliment one another brilliantly, the hi-tech Roland Atelier, use of lighting, plus a little gentle humour and stage repartee all make for a great night of real entertainment.

The Summer of 2006 saw the introduction of the first in a series of self contained Themed shows with "Musical Magic" debuting in East Anglia. This show consists of a selection of hits from the stages of Broadway, The West End and Silver Screen and it and the others added since ("60's Gold" & "Fabulous 40's") are now wowing audiences on each outing.

With his experience and artistic feel in creating screen graphics for the In Harmony shows, David took on the job of providing the Live Camera and Screen coverage for some of the UK's largest keyboard festivals. His reputation has now grown and this has proved so popular that he now finds himself in demand at many events as both a Player and Technician in the yearly UK Festival calendar.  DTKM AV Presentations

David's "On The Road" equipment currently consists of the fabulous "State of the Art" Roland ATELIERs AT-100 or fabulous AT-900C Organ (Originally Retailing at £20,999) along with a Roland VP-550 Vocoder, all run through a very high quality HK amplification system. To enhance an audience's enjoyment David also uses a Performance Camera & Screen with Graphics, and for larger events, when set-up time permits, a controlled Lighting Rig.

Winter 2010 saw David & his wife Teresa take over former Wisbech & District Organ Society and re-branded the shows as KeyNote CONCERTS. Together they have taken it forward with a bright future. See www.keynoteconcerts.org.uk for further details. 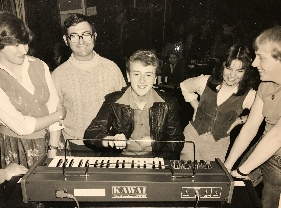 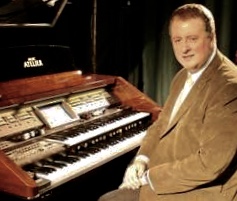 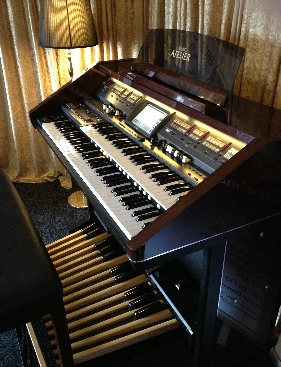 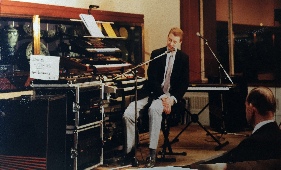